Gaetano Donizetti (1797-1848), a master of bel canto and Italian romantic opera, strongly influenced the development of the art at the time when the stars of Rossini and Verdi were still shining brightly in the operatic sky. He composed an enviable number of 75 operatic works in Italian and French and numerous instrumental and vocal pieces.
As a talented opera composer, Donizetti established himself on opera stages from Venice to Rome and Naples. When invited to Milan in 1830, his opera Anna Bolena became a great success that helped him to assert himself in the international arena, gain independence from Naples and enjoy a great artistic momentum. New Donizetti's works emerged one after another. He composed with extraordinary speed, and although many of his operatic creations remained in the archives, some of them became successful and are still a regular feature of opera houses around the world - especially The Elixir of Love (1831), Lucia Lammermoor (1835), Daughter of the Regiment (1849) and Don Pasquale (1849).
Librettist Felice Romani summed up Scribe's libretto of Auber's fashionable French opera Le Philtre (1831), moving it to the Italian environment, and allowing Donizetti to compose his fourteenth opera and the first completed work of art of the unpretentious comical genre in just two weeks.
Many opera connoisseurs are placing The Elixir of Love alongside Rossini's The Barber of Seville, where the light-hearted story intertwines with polished humour. Quite significant for the opera as well is the distinct Donizetti's melody that culminates in the popular cavatina Una furtiva lacrima.
The experienced Croatian opera director Krešimir Dolenčić has returned to the Ljubljana Opera stage after the great opera hit The Barber of Seville. We entrusted the musical direction of the singers and orchestra to our regular guest conductor Simon Krečič.

Soloists, Chorus and Orchestra of the SNG Opera in balet Ljubljana 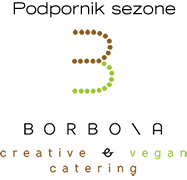